Six Months on the Road: The Details

I’ve done a lot of living these last 6 months. Here are the details…

*Overcame my fear of cockroaches while in the Amazon.
*Kayaked Las Isletas in Granada.
*Explored the massive Mercado Municipal in Massaya.
*Moonlight skinny-dipping in Ometepe.
*Watched women weave tapestries in the Sacred valley.
*Spent the day as a patient in a Colombian hospital.
*Mountain biked through scenic Colombian countryside.
*Took in views of Quito from the top of it’s Basilica
*Visited a 15th century monastery in the Mountains.
*Built and enjoyed a bonfire on a deserted island in San Blas.
*Volunteered in a barrio near Santa Marta.

*Swam in El Ojo de Agua -“The Eye of the Water.”
*Spent the day floating around a crystal clear crater lake.
*Climbed a lighthouse for 360 degree views of the Carribean sea.
*Swam with nurse sharks and eagle rays.
*Rode horseback to ancient Incan ruins.
*Rode an inter-tube down a rapid mountain river.
*Swam through a shipwreck.
*Fed Iguana’s in Guayaquil’s Iguana Park
*Admired Jade in San Jose’s Jade Museum
*Admired Gold in Cartagena’s Museo del Oro
*Ate birthday cake on the beach.
*Prepared a meal from scratch with native women in the jungle.
*Worked in a party hostel on Colombia’s Carribean coast.
*Planted yucca in the Amazon
*Watched flamingos in the Guajira.
*Enjoyed a massage on the beach.
*Felt a seismic tremoron Ometepe .
*Watched the Olympics with people from around the globe.
*Bathed in a mud volcano.
*Watched the condors soar in Colca Canon.
*Walked to Machu Picchu.
*Went on a backpacker date on Big Corn
*Hugged a sloth.
*Got a tarantula facial.
*Slept on a hammock overlooking the Northernmost tip of South America.
*Toured a Colombian Coffee Plantation.
*Jumped off a bridge in Banos.
*Repelled waterfalls.
*Ate ants in the Amazon; Ate RonDon and Pan de Coco in the Corn Islands; Alpaca in Arequipa; Arepas in Colombia; Lobster in the Guajira; Ceviche on the beach.
*Hiked to hidden waterfalls–on several occasions.
*Laid below giant wax palms.
*Whitewater rafting down class 4 rapids
*Drank Pisco Sours by the sea in Lima.
*Sandboarded down the world’s largest dune.
*Danced to live reggae in a street party.
*Drank Aguardiente with Colombians; Drank wine with Peruvians; Drank Mojitos with Ecuadorians.
*Sailed from Colombia to Panama.
*Visited a Colombian whorehouse.
*Watched the Panama Canal in action.
*Went clubbing at Colombia’s hottest spot.
*Biked from Puerto Viejo to Manzanillo, beach-hopping along the way.
*Hiked to volcanic hot springs.
*Walked an ancient path between tiny historic villages.
*Got an unofficial tour of Colombian political buildings from a local crazy man.
*Got Montezuma’s revenge and altitude sickness all at once in Cuzco.
*Danced the day away in a “day club” in Arequipa
*Went bird watching on a river in Ecuador
*Witnessed an Inka ceremony near Nazca.
*Learned to surf in San Juan del Sur.
*Went fishing in the sea.
*Watched the sunset from the top of Cartagena’s fortified wall.
*Played with monkeys.
*Biked the horrific roads of Isla de Ometepe.
*Spent countless hours swimming in the ocean.
*Rode on a 12-passenger plane over Nicaragua.
*Camped on the beach in Tyrona National Park.
*Rode on a speed boat through a storm at sea.
*Made friends from around the globe.

Exploring Panama City with friends from Holland, Hungary and Korea

Scariest Moments:
*A very wild ride on the back of a Motto-taxi from a Santa Marta Barrio.
*A terrifying speed boat ride through a storm from Big Corn to Little Corn.
*Bridge jumping in Banos.
*Hospital visit in Colombia.
*Night bus through the Peruvian Andes.
Toughest Moments:
*Missing the birth of my niece.
*Getting Bronchitis in Colombia.
I learned:
*To surf
*To sail
*To be alone
*To play countless card games
*To make chocolate from scratch
*To shoot a blow gun
*To shoot a harpoon gun
*To man a bar/restock a cooler
*To live on little
*To enjoy a sunset
*To dance Salsa
*To relax and enjoy the moment
*To pan for gold
*To love rice and beans
*To use a Spanish keyboard
*To sleep in a hammock
*To navigate, bargain, small talk, survive on my own–in Spanish!
Time breakdown:
Peru: 3-4 weeks
Ecuador: 3 weeks
Colombia: 12 weeks
Panama: about 4 days
Costa Rica: 8 days
USA: 3 weeks
Nicaragua: 21 days –and counting
I consumed way too much:
Ice cream; fruit, fruit juice, and smoothies; beer; granola; rice and beans. And still love them all…
6 border crossings, 6 countries, 7 flights, 4 night buses of 12 hours or more 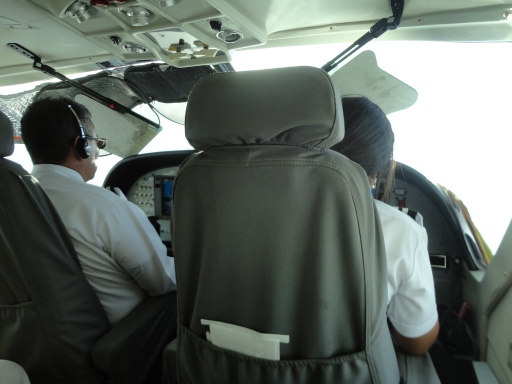 One of many waterfalls I’ve hiked to

What’s up for the next 6?
*Periodic stops for spanish classes.
*Volunteer stop.
*If anywhere in El Salvador–maybe the Ruta de Las Flores, as it should be in bloom this time of year.
*I have ambition to embark on the 6 day trek from Nebaj – Todos Santos in Guatemala.
*Quite enthused about reaching Guatemala, in general–Lake Atitan, Mayan Ruins, Rio Dulce, Semuc Champey…I’ve met plenty of travelers heading south with lots of nice things to say about this country.
*Cenotes, ruins, food and beaches of Mexico.
*Quick snorkel stop in Belize
*Leaving my options much more open these next 6 months.

See Also:
Six Months on the Road: A Serious Reflection
The Reality of Coming Home: There is No Cure for Wanderlust
Why Travel?